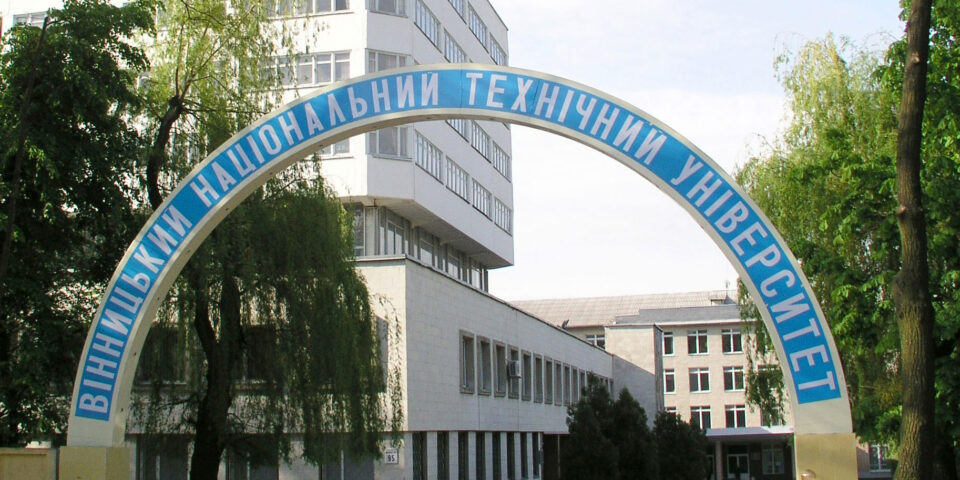 The educational and scientific activity is conducted by 47 departments, 26 of which are running branch offices with the enterprises in Vinnytsia and Vinnytsia region. The departments are run by Doctors of Sciences, Professors. 84 % of teaching staff in the graduating departments and 72 % of University teachers have scientific degrees and titles. 2 % of University teaches have honorary title Meritorious.10 % are Academicians and Correspondent Members of State and Public Academies.

Vinnytsia National Technical University is an educational establishment of the fourth level of accreditation well known both in Ukraine and far abroad.

Vinnytsia National Technical University is the unique University in Ukraine as well as among the Countries of New Independent States to introduce in 1991 the three-semester study system, two semesters of which are conducted following the curricula, and the third. is a working semester. During the working semester, the first-year students obtain the working profession, corresponding to the future engineering one. The senior students are working on the enterprises independently, improving their qualification.

Department for Training and Production Integration has its representatives in all the industrial cities of Ukraine which allows to run the working semesters.

Vinnytsia National Technical University is given the highest IV-th level of accreditation and trains students according to the three-stage system: Bachelor, Engineer, Master, following the curricula, which integrates the peculiarities of national and Canadian system of higher education.

Vinnytsia National Technical University is also unique in Ukraine to allow students of any specialty with achievements in sports to obtain the additional specialization. Management of Organizations of Physical Culture and Sports.

One more peculiarity of students training in Vinnytsia National Technical University allows the Bachelors with the distinction who have the ability to scientific and educational activity to join Masters training courses after four years of Bachelor’s training program.

Students of different specialities learn English for Specific Purposes on the level of technical translation, which allows them to join the oversees representative offices or work abroad.

The peculiarity of the educational process for the first and the second-year students makes it possible to meet eminent people, authors, musicians, artists, theatre and film actors, politicians and religious figures, representatives of law machinery and other people, who visit the University for. Meeting Students helps creating the aura of common to all mankind cultural wealth.

Vinnytsia National Technical University has the efficient system for training specialists of higher qualification, which has no analogues. Training of scientific and educational specialists is conducted on the post-graduate courses on 19 specialities and on the Doctoral courses on 4 specialities. There are 5 Specialized Scientific Councils for examination of PhD and Doctoral Thesis on 12 specialities. During the previous 10 years there had been defended 36 Doctoral and 255 PhD theses.

Vinnytsia National Technical University issues the social and political periodical. Impulse, which is in demand in the region Vinnytsia National Technical University scientific journals on technical, economic and pedagogic sciences, approved by the Highest Attestation Board of Ukraine, are: Visnyk of Vinnytsia Polytechnic Institute, Optoelectronic Information. Power Technologies, Information Technologies and Computer Engineering. Recently initiated scientific journal is Modern Technologies, Materials and Constructions in Civil Engineering. The journal “Sententiaes” specialized in the sphere of philosophical sciences.

Vinnytsia National Technical University trains specialists with higher education on the level of Master and Philosophy Doctor in technical sciences for 69 countries in Africa, Asia, South and Central America. Education and Science.

and seven Integral Institutes, designed for the provision of training process:

The International Collegiate Programming Contest is an algorithmic programming contest for college students. Teams of three, representing their university, work to solve the most real-world problems, fostering collaboration, creativity, innovation, and the ability to perform under pressure. Through training and competition, teams challenge each other to raise the bar on the possible. Quite simply, it is the oldest, largest, and most prestigious programming contest in the world.

Currently, Linux systems based on the core of the same name are leading the market for smartphones, Internet servers and supercomputers. Linux is an excellent platform for demanding software due to its flexibility and configurability. However, ordinary users will never be interested in such details of the operating system as the internal structure of the kernel. This is the destiny of only truly passionate professionals: enthusiasts and professionals.

Competition «Smart to Be Fashionable»

Open Media Group offers the opportunity to receive a grant for study at Higher Education Institutions. According to the project conditions, students of all courses and entrants are invited to participate in the competition. According to the form of training, these may be applicants for higher education full-time or part-time study of the state order and contract basis.

The University has 5 hostels, 4 canteens, 7 buffets. During the period of studies at the University each student is provided with a room in a students’ hostel which is equipped with good furniture, appropriate maintenance service, kitchens, shower rooms and other places of common for some extra charge. In the hostels the passing by regime functions and the appropriate protection is ensured.
A place in a comfortable hostel room with a TV set, a telephone, a refrigerator is provided.

If you want to live during your student years in a comfortable, calm, not noisy and at the same time colorful and rich on the sightseeing places city, then welcome to Vinnitsa. This ancient city is located on the picturesque banks of the Southern Bug. The city’s area is 60 km2. Population – 390 thousand people.

1362 is the year of Vinnitsa’s foundation. Thanks to the convenient location Vinnitsa has been quickly developed and grown, and in the XV century received the official status of the city. It is not surprising that the city appeared in ancient times as the nature itself contributed to the development of settlements in these areas. Thick forests, deep rivers and gentle, favorable climate attracted different people all the times.

Today Vinnitsa is a cozy city that attracts with true hospitality, cordiality and warmth of the local population’s attitude.

The sightseeing places of the city will show you a rich and interesting history of this ancient region. In the city’s center the oldest preserved architectural monuments can be found.
Along the Sobornaya Street the only defensive structure built in the middle of the XIV century and saved till our times – Jesuit monastery is located. The famous point of interest of Vinnitsa is the Museum-Estate of the outstanding surgeon and a great scientist Pirogov.

Nicholas church, a masterpiece of wooden architecture is located in the so-called Old Town. Also, among interesting places there are Orthodox Transfiguration Monastery, Church of the Blessed Virgin Mary and others.

In this city the Sadowski Music and Drama Theatre, Regional Philharmony, the Puppet Theater, cinemas, libraries work and give people unforgettable emotions and impressions.

During warm months the favorite place for holidays of local people and guests of Vinnitsa are the banks of beautiful Southern Bug River. Also, Vinnitsa residents love to relax in the green parts of the city – parks and squares.

The largest in Europe floating light and music fountain “Roshen” was opened in 2011 in Vinnitsa on the waterfront opposite the Festival Island, next to the chocolate factory Roshen. Vinnitsa fountain is considered to be a unique hydraulic structure. Night shows of water, light and music take place during the warm season (from late April to late October) every night.

Make online application to any russian university with UKRVUZ

Get guarantee invitation letter from any university of Ukraine with UKRVUZ

Get guarantee visa in the nearest embassy

Come to Ukraine University and get excellent education